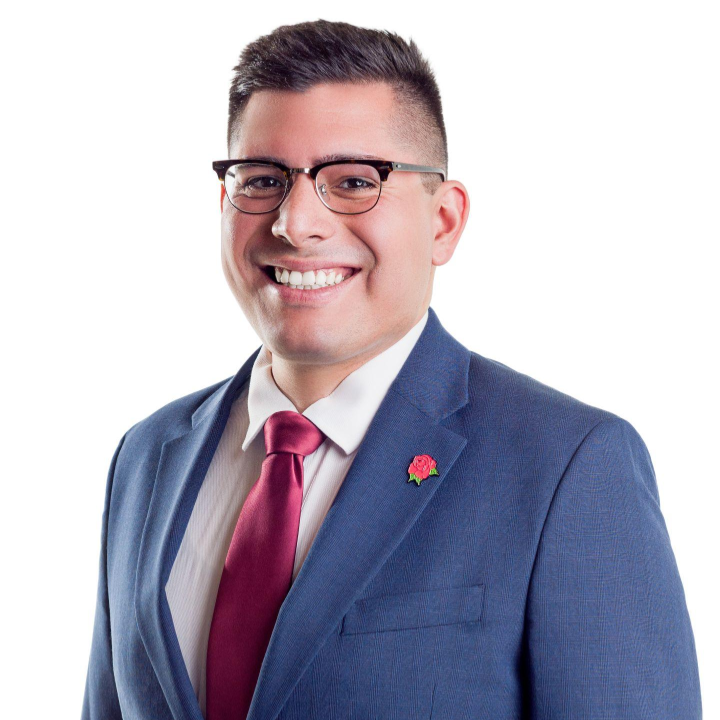 Carlos Ramirez-Rosa is a lifelong Chicagoan who has worked to put our neighborhoods and working families first. Carlos has done so in his roles as a community organizer, congressional caseworker, and now as Chicago's 35th Ward alderperson.

Serving as Chicago's 35th Ward alderperson since May 2015, Carlos has led successful legislative efforts to win property tax relief for working class homeowners, paid sick leave for Chicago workers, equality for transgender people in public facilities, and accountability and transparency on municipal financial transactions. Working alongside grassroots community organizations, Carlos recently led successful efforts to pass historic legislation that ensures Chicago is a true sanctuary city and enacts one of the nation's strongest civilian police oversight ordinances. Carlos has promoted inclusion and transparency in all his aldermanic work - the community-driven zoning process he has implemented in the 35th Ward has been recognized by local and national organizations as a model for community empowerment and transformation.

Prior to being elected to the Chicago City Council, Carlos worked as a deportation defense organizer with the Illinois Coalition for Immigrant and Refugee Rights and a congressional caseworker in the office of U.S. Congressman Luis Gutierrez. As a deportation defense organizer, Carlos worked to keep families safe from deportation and win President Obama’s historic executive action to fix immigration. As a congressional caseworker, Carlos helped seniors, veterans, and families cut through government red tape and he streamlined the delivery of constituent services.

Carlos is a proud product of our public schools. He received his high school diploma from Chicago's Whitney M. Young Magnet High School, and his Bachelor of Arts in Political Science from the University of Illinois at Urbana-Champaign. Carlos has been recognized by Chicago Magazine, Chicago Reader, Jacobin, and The Nation for his work bringing working-class families of diverse backgrounds together to transform their community from the bottom-up. Carlos lives in Avondale with his partner Bryan and their rescue pit, Itztli. Carlos is a member of the National Writers Union (NWU). Click here to read Carlos' latest opinion articles and editorials.

What others have said about Carlos: