As a community organizer with the Illinois Coalition for Immigrant and Refugee Rights, Carlos worked to keep families safe from deportation and win President Obama’s historic executive action to fix immigration.

As a congressional caseworker in the office of U.S. Congressman Luis Gutierrez, Carlos helped seniors, veterans, and families cut through government red tape and he streamlined the delivery of constituent services.

As our Alderman, Carlos has promoted inclusion and transparency in all of his work, and
worked to make sure city resources benefit local neighborhoods instead of big corporations.

Carlos is a proud product of our public schools. He received his high school diploma from Chicago's Whitney M. Young Magnet High School, and his Bachelor of Arts degree from the University of Illinois at Urbana-Champaign. 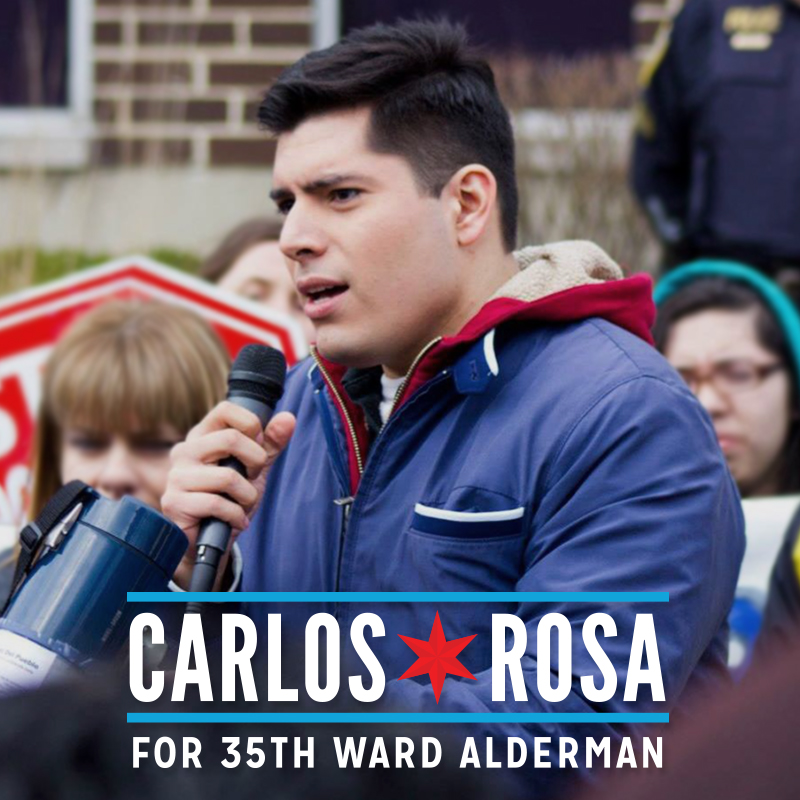